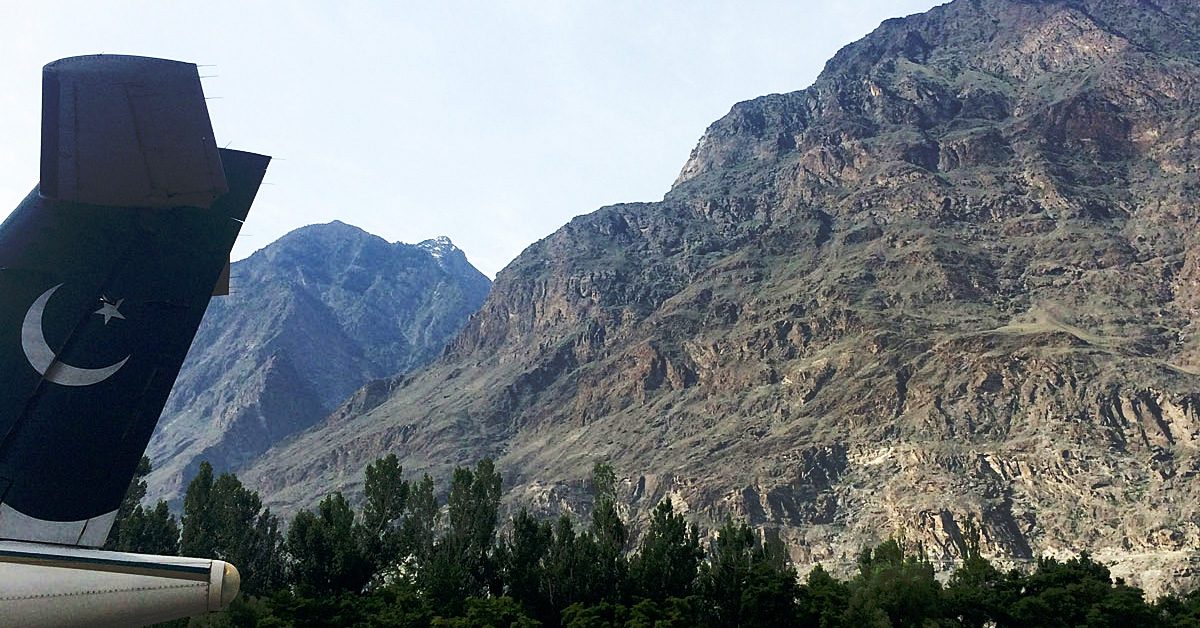 I have a confession to make. A month or so ago when in Pakistan, I bought a $1500.00 carpet. Now, before you think that that is an inordinately high price for a carpet, I just want to say that it’s a handmade Kazakh rug. And I talked the store owner down from his original price of $4000.00, which I think is a pretty admirable demonstration of bargaining skills.

The carpet is a large one, four feet wide by six feet long. It’s made up of a bunch of four-inch squares with intricate multiple geometric and realistic images. It’s also a dimensional rug, having raised yarn borders around the squares. Bulbous tassels adorn the sides. The colors are all muted tans, yellows, golds, burgundies, greens, and blues. Piot, who was at the carpet store with me, said it looked like a rug meant for royalty. I definitely agree. 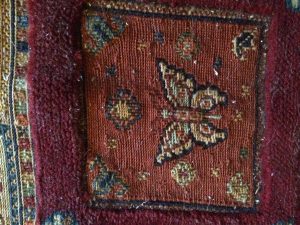 closeup of one of the squares

A brief history of Kazakh rugs:

Kazakh, originally a tribal name, is now a town, river and district in Azerbaijan. Carpets made by Kazakhs often feature coarse, long pile and dramatic colors and designs (all of which my carpet has in spades). Using Turkish knots, they’re generally made by Turkic nomads who are now settled. Today, lots of new Kazakh carpets are made in Pakistan inspired by old Caucasian designs. They use yarn dyed from natural vegetable dyes. 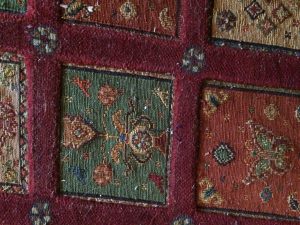 Detail of my carpet.

In Pakistan, you can also find Afghan rugs made by refugees who now reside there. During occupation by the Soviet Union between 1979 and 1992, close to one million Afghans fled their homeland and ended up in Pakistan and Iran. Afghan rugs are known to be durable and well made. They reflect the heritage of a cottage-based industry passed on through generations. Different qualities of pile carpets are available including felted wool ones called Namads, flat non-pile woven rugs called Kilims, and pile and knotted ones made from cotton, silk, and wool. It can take six to nine months to make a hand knotted carpet. When you think of it like that, $1500.00 doesn’t seem so high of a price.

You may be wondering how I managed to negotiate my price down to an amount more than 50% less than the original quoted price. The answer is pretty easy. I was completely prepared to leave the store without buying the carpet. The owner played that game where he asked how much I wanted to pay and had me write it down. I did. And then I refused to budge. He tried to cajole and guilt me into agreeing to a higher amount but I just kept saying no. Finally, our little group of four, gathered up our things and started to walk out the door. At this point, he finally said yes to my $1500.00 and the carpet was mine.

I bought my carpet at Afghan Carpet on School Road in Islamabad. If you are ever there, I encourage you to go visit them in person. They have a very large selection and serve some excellent tea. And they’re always up for a good strong negotiator. 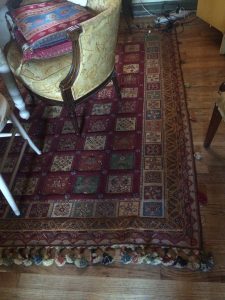 My carpet at home in Harlem.

This isn’t necessarily sewing related but, Afghan Carpet is down the street from one of the world’s largest bookstores (yes, that’s right, in Islamabad) called Saed’s Book Bank. The store is three stories and 42,000 square feet. They display around 200,000 titles and stock more than four million books throughout its five warehouses. You can literally find most anything there. Saed carries Cosmo and Heavy Metal Magazine, as well as books about Islam and Richard Dawkin’s atheist treatise, The God Delusion. You can find books on Catholicism and queer studies, an English translation of the Quran, maps and travel books, and novels by pretty much any English or American author you can think of. The store is a truly fantastic and amazing place to visit, especially when you consider that it sells predominantly books written in English in a country where that is most people’s second language. The New York Times published a wonderful article a few years ago about the store if you’re interested in reading more.

This is also my little way of saying that people are never wholly their governments and places are often not as scary as most media reports would lead you to believe. And there is truth and beauty and wonderful people wherever you travel, if you take the time to look for it.

There’s not all that much I need these days. Often, I feel as if I have entirely too much stuff. A year and half ago, I bought my apartment in New York City moved from Brooklyn (where I had lived for fifteen) up to Harlem. 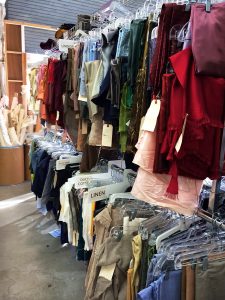 There’s not all that much I need these days.

I had accumulated a lot of stuff in those fifteen years and almost half of it seemed to be sewing related. This wasn’t even counting the storage space I had. Storage spaces are quite common in NYC as the apartments are notoriously small and no one ever seems to have enough room to keep all their stuff. 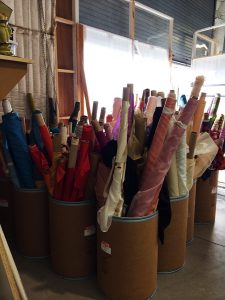 I literally had more fabric than I could ever, ever, use in my lifetime.

It’s not a problem

I decide that instead of moving all of my stuff, I was gong to get rid of some of it and I was going to empty my storage space so that everything I owned actually fit in one 800 square foot apartment. 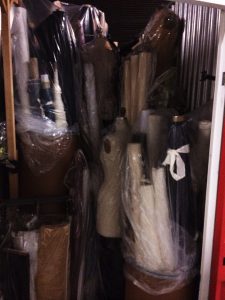 I managed to get everything I owned to fit in one 800 square foot apartment.

It took some doing but I managed to accomplish this task. The biggest challenge was figuring out what to do with all the sewing related things. I really didn’t need fifteen pairs of scissors, four bins of bias tape, an entire box of rick rack and eight foot by ten foot cubicle packed to the ceiling with box after box of fabric.

Good places to donate fabric to are universities or schools with arts’ programs or assisted living homes.

Of course, I kept some things. I do, after all, possess that fabric-hoarding tendency that most tailors and pattern makers do. But I literally had more fabric than I could ever, ever, use in my lifetime – even if all I did for the next thirty years was sit in my apartment and make things. I kept the truly special stuff, the pieces that I might never be able to find (or afford) again. But the bulk of it I donated.

Good places to donate fabric to are universities or schools with arts’ programs or assisted living homes. Even some prisons accept fabric donations.

One of the best organizations like this in New York City is Material For the Arts. They accept unneeded items from businesses and individuals, and make the donations available for free to nonprofit organizations with arts programming, government agencies and public schools. If you have a large donation (like an entire SUV full), call ahead to schedule a time to drop off.

Some other places that accept fabric donations are GrowNYC and Quilts of Valor.

The Humane Society and the ASPCA will take linens and clothing for bedding and bathing animals – especially towels.

GrowNYC used to take bags of fabric scraps of any size (that’s where most of the small scraps from Boardwalk Empire ended up) but their website now says they only want large usable pieces.

Quilts for Valor makes quilts for service members and will take most remnants as long as they are clean and free from oil stains & the like.

A few companies that offer take back and reuse options are:

If you’re doing some clearing out of your fabric stash this season, there are lots of opportunities to send your unwanted textiles somewhere they’ll be wanted. Please donate.

I do have to confess though, that there is one sewing related thing I’m hoping to purchase in the next year: A Juki MF 7923 Coverstitch Machine.

I figure I’ve donated just about enough fabric and other supplies to make room for a new machine.

And so the cycle continues 🙂