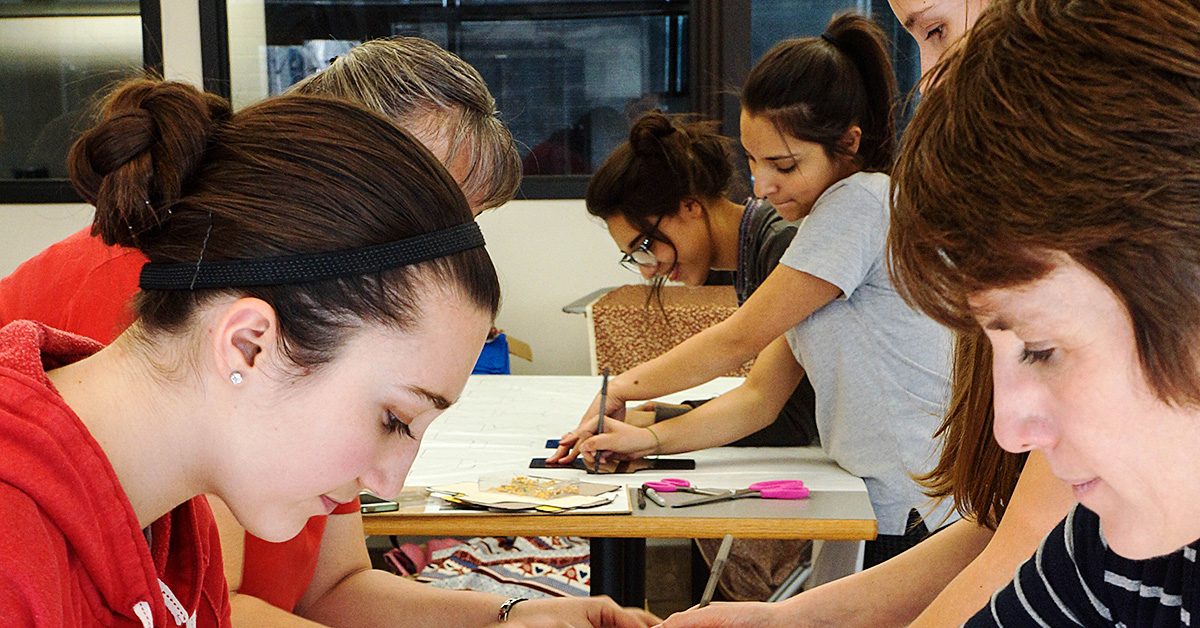 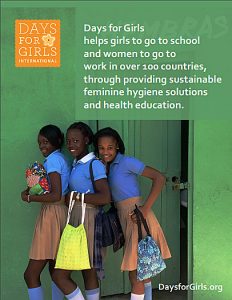 Days for Girls International helps girls go to school and women go to work in more than 100 countries. They provide sustainable feminine hygiene solutions and health education in areas where women and girls would otherwise be isolated during their monthly period.

So far, their work – and the work of great volunteers like you – has been shown to give back six months of living for just three years of use. That may not seem like much to you, but to girls and women in areas where they’d otherwise be confined during their period, this is huge!

The feminine hygiene kits are assembled by great volunteers! Here’s a quick look at what’s inside.

How to Get Involved

This amazing project that provides security and cleanliness to women across the globe needs your help! Sign up in our store beforehand. On the day of the sew event, bring your machine and come ready to share the experience with other women. When you sign up, we’re happy to give you information on fabric and other items you can donate to further help with the cause. We appreciate all your help! 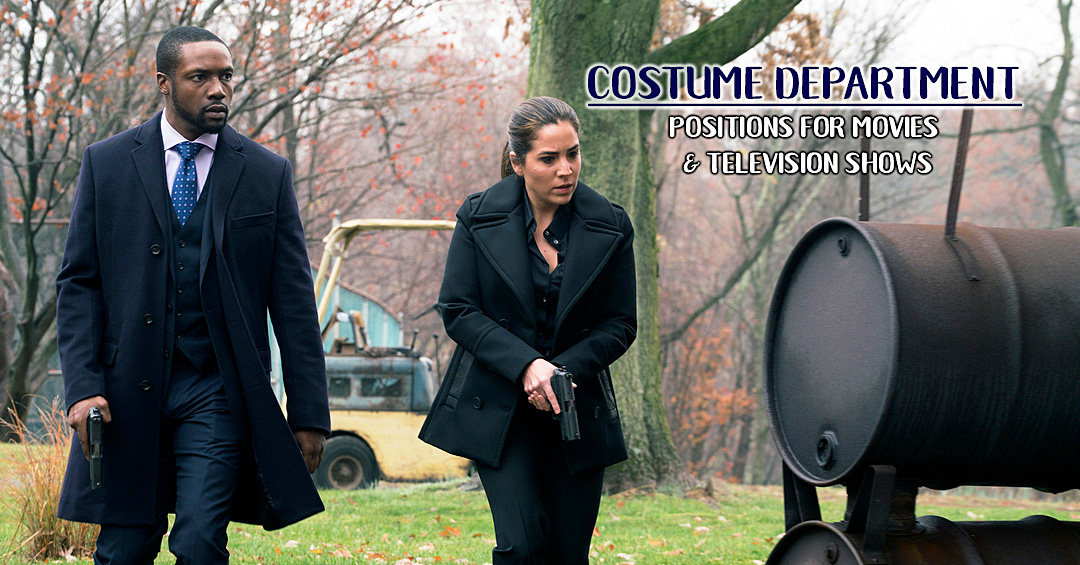 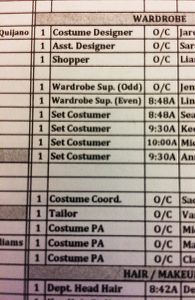