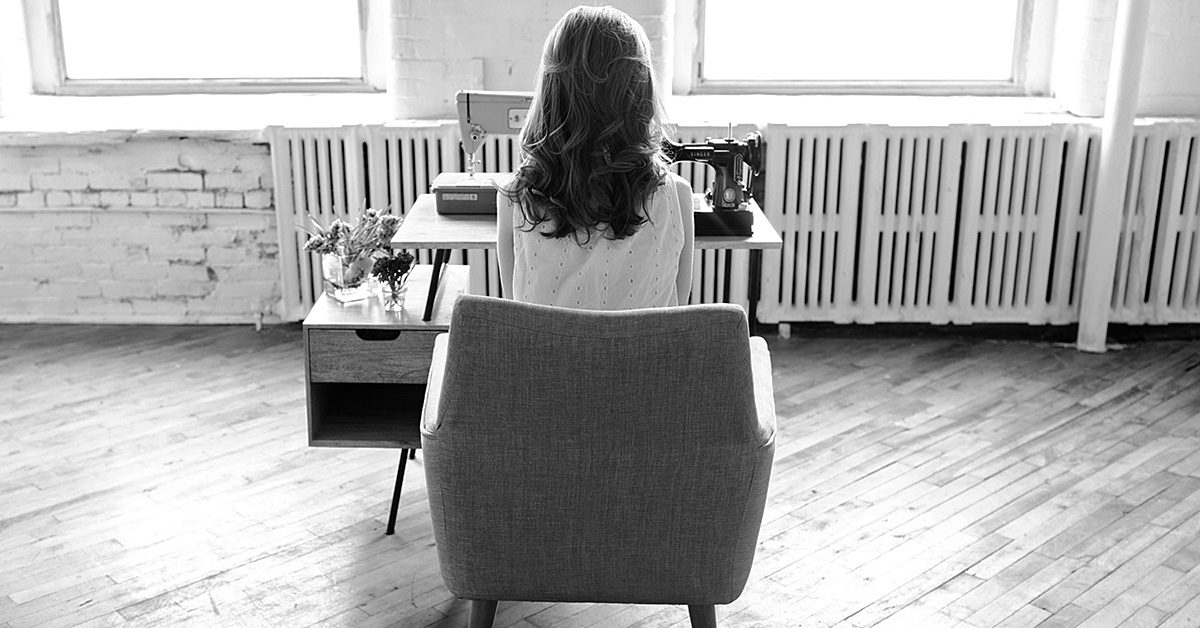 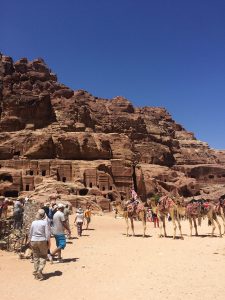 If you hadn’t noticed, I’ve been traveling a bit recently (And I’m actually preparing to head out tonight for one more adventure in a far-flung land). I tend to go on trips solo, often joining an organized group expedition that most likely involves riding my bike through some foreign country.

…you can’t keep putting off the things you want to do or the places you want to go on the assumption you’ll have time in the future to do them.

I meet lots of different people on these trips from all sorts of places and backgrounds. But two of the questions that every single person on this planet always seems inclined to ask are:

And (2) some variation of How do you get so much time off work? 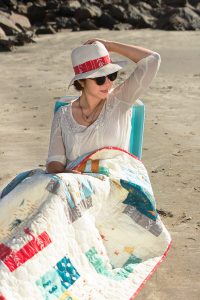 How do you get so much time off work?

I give different answers to the first question depending on who’s doing the asking. Sometimes I just say I’m a tailor and pattern maker, though this confuses many people, as the fact that such a thing could be a career never occurred to them. Their idea of a ‘tailor’ is someone like their grandmother sitting at home in a rocking chair darning socks and patching jeans.

Sometimes I say I’m a tailor for film and television shows which usually elicits an “oh wow, that’s interesting!” I always answer that sometimes it is but most times it isn’t all that glamorous (I spend a lot of time hemming jeans and shortening men’s jacket sleeves) though I do enjoy what I do.

If the conversation continues from there it usually enters into the murky waters of “so you’re a freelancer?” Well, yes, sort of. But also, sort of no.

Am I a freelancer? 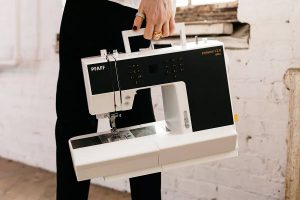 I am a freelancer – in a sense.

I’m a freelancer in the sense that I’m never completely sure where my next job might come from but I’m not in the sense that I belong to a union and therefore have excellent benefits and salary protection. Not all movies and television shows are union ones (if they’re not we call them independent films.) My particular local in NYC does not have what they call ‘a hiring hall’, meaning I’m responsible for procuring my own jobs; the union doesn’t send me on jobs or anything like that.

And I’m also not a freelancer in the way I get normally get paid on a project. Almost all film and television jobs use one of two payroll companies: Entertainment Partners or Cast & Crew. I get paid through them with taxes taken out and a W-2 at the end of the year. The nice thing about both of these companies is that they keep track of all your earnings throughout the years with all the different shows you’ve worked on so you can use them for employment and salary verification when you’re applying for things like mortgages (banks like employment verification!). They are, legally and technically, your employer of record.

Each show or movie sets up its own production company (usually an LLC) independent from whatever parent company it may have (NBC Universal, Disney, etc.) that in turn, enters into contracts with the payroll company and the unions. 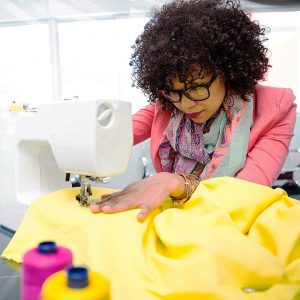 My answer is very simple: “I just say no.”

If I get through all this mumbo jumbo financial stuff and the person I’m talking to is still actually listening, they’ll then ask about how I get time off.

My answer is very simple: “I just say no.”

…its good not to be available all the time.

It’s taken me a very long time to get to the point where I’m able to say no to things. When I was just starting out, I said ‘yes’ to absolutely everything. You kind of have to when you’re beginning, before you’ve built up your reputation. But now that I’ve been doing this for a bit over 25 years, I can turn down things I don’t necessarily want to work on and say ‘no’ to gigs if I’ve planned a trip or vacation.

It’s a glorious thing to be able to say no to something that sounds horrifying (like, for instance: an over night shoot way out in Queens or a huge period television show that some network executive thinks can be made with half the manpower than what is really needed). 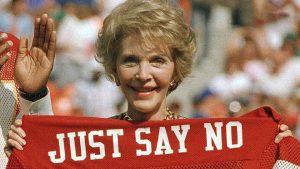 Nancy Reagan just says no – you can too!

It can be scary, for sure, because I never truly, completely know if I’ll get another job (freelancing is wrought with all kinds of anxiety!). But, if history is any indication, I will. And I try to trust that.

Another thing I’ve learned is that you can’t keep putting off the things you want to do or the places you want to go on the assumption you’ll have time in the future to do them. Because you won’t. Sometimes you just have to have a little faith.

I’m not saying it’s easy to get to the place I’m at. It’s not. I worked extremely hard for almost 20 years while never taking any sort of vacation or going anywhere. But, in my old(er) age work/life balance has become more important to me and, my connections and work reputation are strong enough to allow me to leave town for a couple weeks without jeopardizing my career.

Plus, its good not to be available all the time. Unless they’re a close friend, I never tell people why I’m not available, I simply say, “Sorry, I’m booked up for the next two weeks.”

Booked up on my own personal vacation maybe,  but they don’t need to know that.

Don’t live the same year 75 times and call it a life.