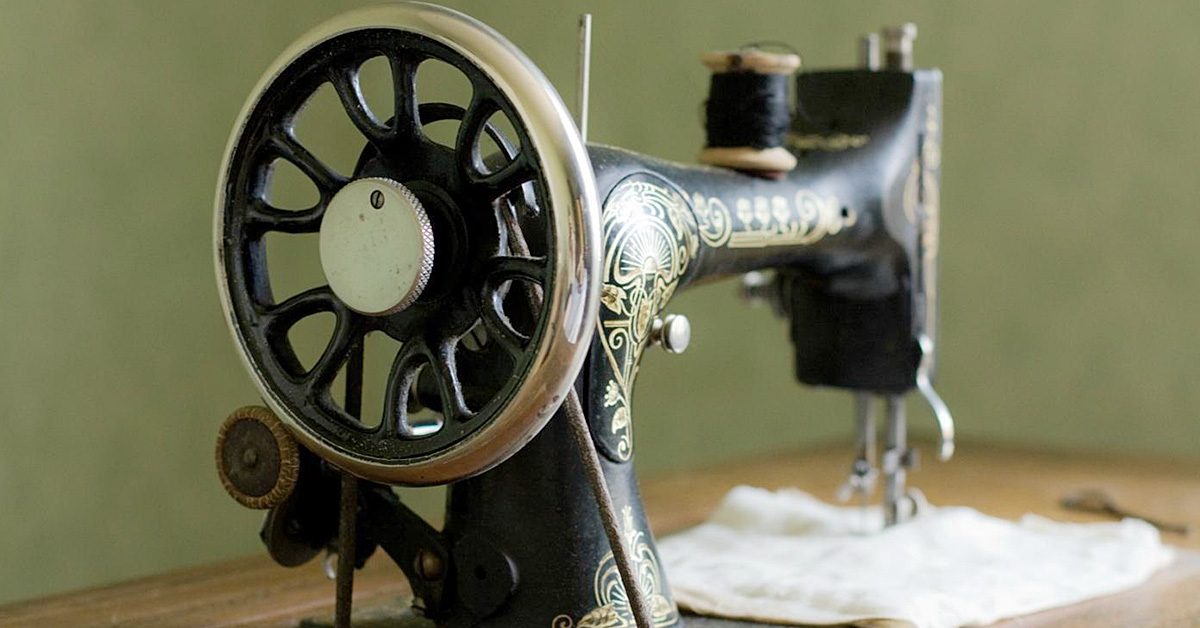 A friend told me the other day she was going to start collecting sewing machines. I found this a bit odd, mainly because, though she can sew, she doesn’t on any sort of regular basis. She said she was cleaning her apartment and came across her sewing machine shoved way up on the top shelf of her closet and then, for some reason, had the thought she should start collecting them. 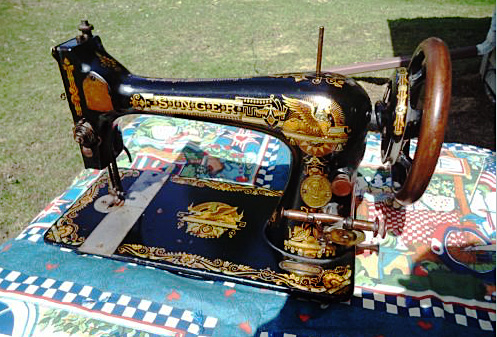 I get it; old sewing machines, especially the really old ones, look quite interesting and cool. They often have intricate decals and ornate brand badges. Most of them still work – mainly because they’re all metal and have less parts to break.

I used to have an old black iron Singer with a knee pedal. I don’t remember the model number but it was one of the first ‘portable’ models Singer made. The machine did run on electricity and came in a beautiful wood dome shaped case. In reality, it was actually a bit too heavy to be considered portable. I think I found it in the depths of some storage room in an old school building somewhere in Syracuse, NY. I was working for a costume designer, I think, for the opera. (Does Syracuse still have an opera? I can’t remember – it’s been so long).

We had been given the storage room as a work space and told we could have and/or use whatever was in it. I remember sitting in a corner, shelves and tables around me piled high with fabrics and boxes and just stuff, sewing tucks into big white cotton petticoats. I remember the machine being very fast. Unlike a lot of models today who have multiple speed settings, machines back then only had one: fast.

I honestly am not sure what happened to that machine. I know it made the move to Texas but it didn’t make the move to NYC, so it’s been gone from my life for almost fifteen years. I suspect I sold it at a garage sale for $20.00 or something. Or even gave it away to someone who would use it – which is sort of how I think antique sewing machines should navigate through life.

Value: only in the eye of the beholder

I know there are some ‘rare’ models that are perhaps ‘worth’ a lot of money but, all in all, I think people tend to pay entirely too much for used machines. Online auction sites such as Ebay certainly contribute to that. I suppose it’s nice that people can get some money for the old machine that’s been sitting in their basement or garage but, I also think those Ebay auctions get a bit out of hand. And they also trend, often for no discernable reason. 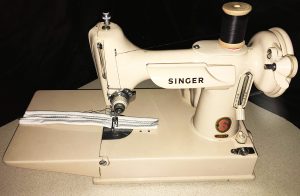 It’s a beautiful machine and comes with the carrying case but no accessories. I honestly think it’s priced too high but perhaps someone will buy it. The value of things is, of course, ultimately measured by what people will pay for that thing (just look at real estate prices in NYC). 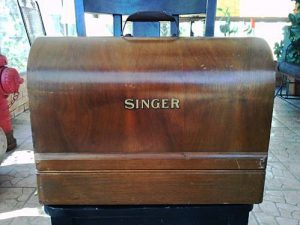 The case is a nice touch, since that is all you will likely get with these older machines. Through the passage of time, included accessories & attachments become rare finds.

Go to garage sales (or stoop sales if you live in the city). When I lived in Texas, I used to frequent yard and garage sales all the time. I almost always found at least one machine at each sale. Some of them I bought but they were never for more than $30.00 or $40.00. If you are buying a machine at sale, ask if you can plug it in to see if it works. Check to see if you can turn the wheel freely and, even if the belt happens to be cracked or broken (they often are as the belts are usually rubber) make sure the light comes on when plugged in. 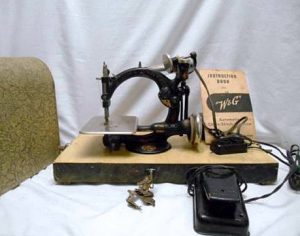 The needle won’t go up and down if the belt is missing or damaged but belts are not an expensive or difficult thing to fix. Check for rust too. Machines that have been stored in a garage or barn often have too much rust damage to ever run well again.

I’ve gotten out of the buy old sewing machines game (I live in a 5th floor walkup in NYC after all), especially on online auction sites. Although many of those machines are cosmetically extraordinary, they lack a “soul”. The only ‘antique’ machines I have now are my Nana’s old Singer 401K and a Singer hemstitcher we purchased for Boardwalk Empire. I’ll never get rid of Nana’s machine. Its sentimental value is immeasurable (even if it didn’t work though it does).

And that’s when things truly become priceless: when they somehow hold a collection of memories related to a person or time.