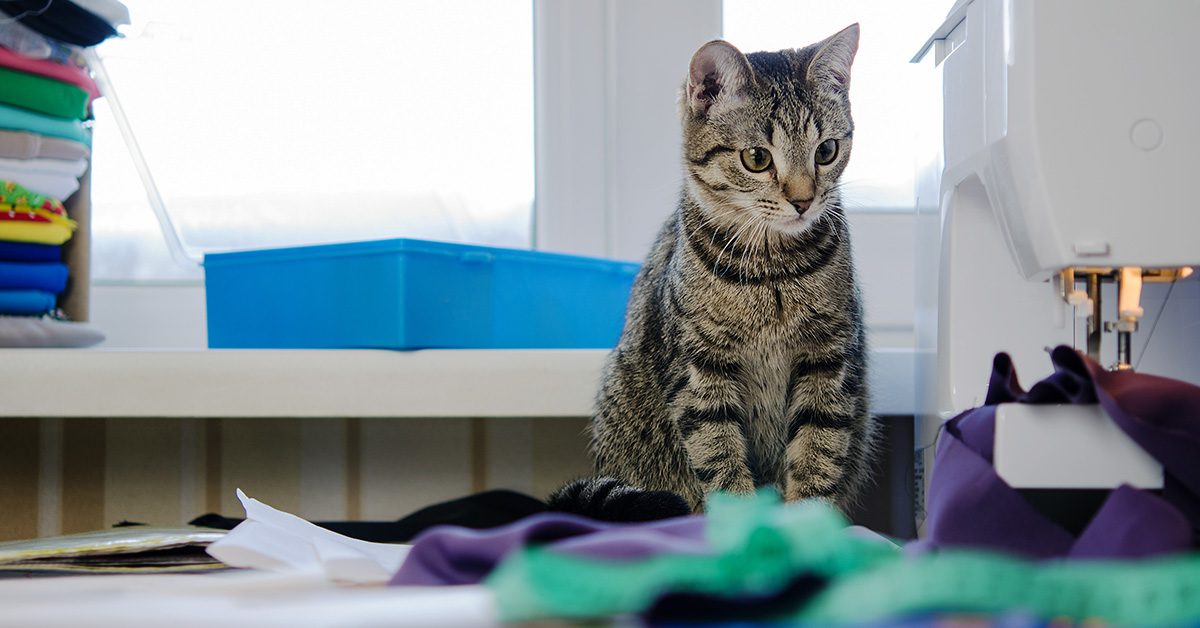 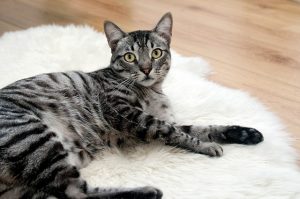 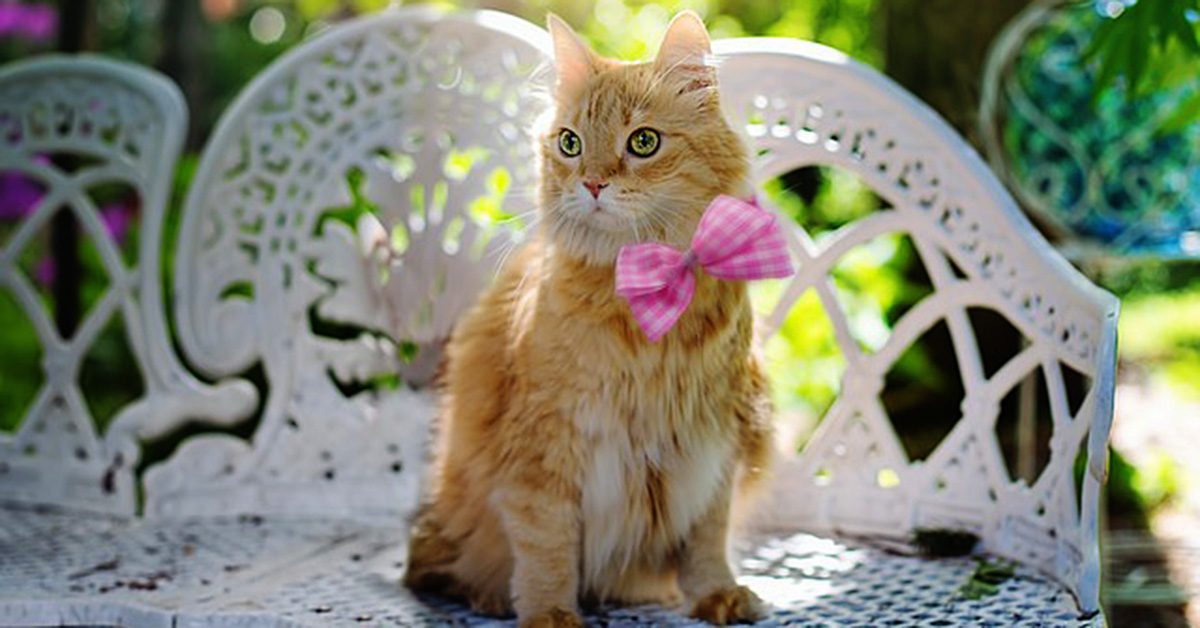 I love my cats. They’re like children to me. I wake up in the morning to purring and got to bed at night with them cuddled around me. Some people think cats are aloof, but mine are anything but! I think the more affection you give cats, they more they give you. Since my cats are my family, I can’t think of a single reason not to sew for them. Can you? I didn’t think so! I love these cat sewing projects, but I make no promises that your cats (or mine) will enjoy them as much as we’ll enjoy making them.

Purrty as a Flower

Add a little pizzazz to your cat’s collar with this adorable flower collar pattern. Your fur baby’s sweet face becomes the center of the flower while the soft petals surround them. It’s perfect for spring and summer. See if you can pose them with some flower cuttings and post a picture in the comments.

To reward your sweet kitty for tolerating the petal costume, make them a patchwork ball toy. This is also a great way to use up some fabric scraps. If you’ve got young children, they can help stuff the balls and then play with kitty when they’re done. Add a bell inside to grab kitty’s attention and they’ll likely play with this for hours.

Sometimes cats just need a space of their own. With this neat cat house pattern, you can give them their own special hiding place. Put it next to their favorite heat source and they might even use it the way you expect! And with fleece inside, you can bet they’re going to paw and claw it.

What cat can resist catnip? These catnip mice are easy to make from fabric and ribbon scraps. In less than an hour, you can provide your feline friend with a toy that will give them hours of joy.

My cats are constantly sitting on my dining room chair cushions. I don’t mind, but my guests don’t always enjoy standing up and walking away with their pants full of fur. Here’s the perfect solution! Non-slip cushions just for the cats. When I have guests, I can simply replace these with clean ones for the humans. Best of all, the cat cushions have a removable cover for easy cleaning.

Show your cat some love and sew them one, or more, of these projects. If nothing else, you’ll smile while you do!