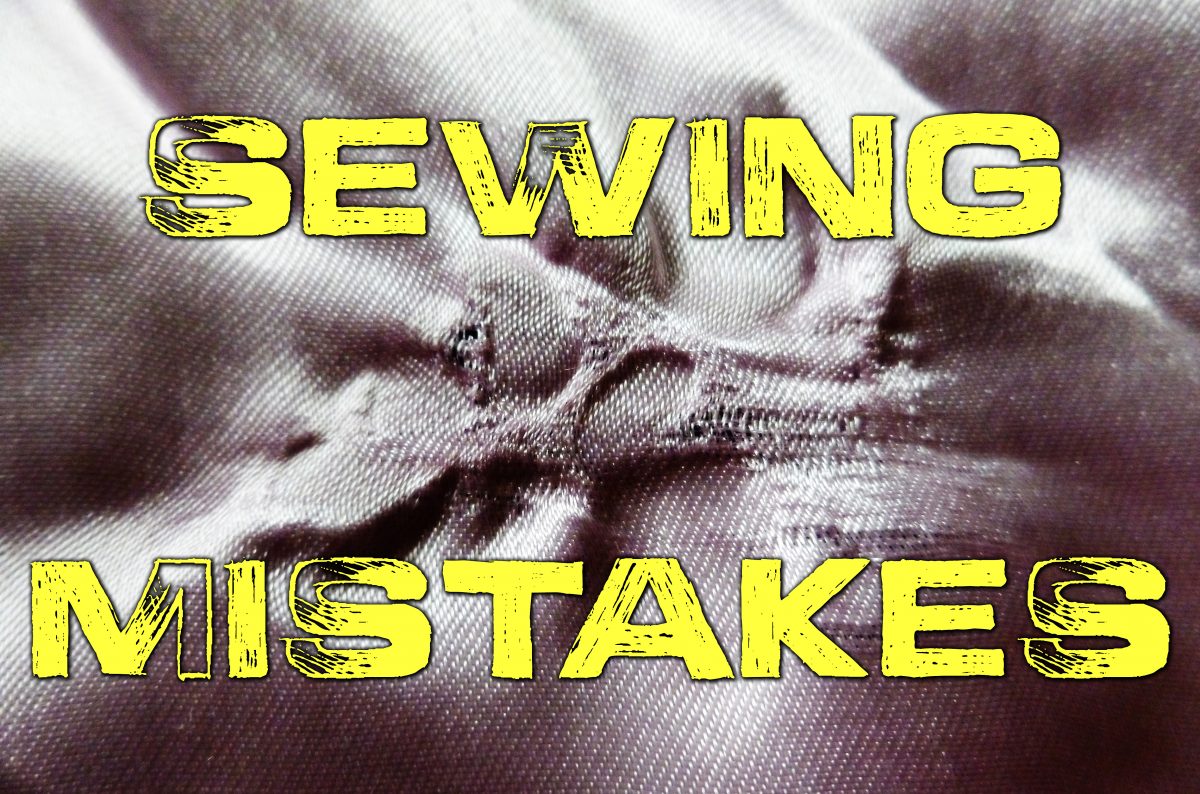 If there’s one thing I’ve figured out over my sewing ventures, it’s that I can’t ever be sure what kind of sewing experience I’m getting into when I sit down to work on a project. It could be an hour or so that goes as smoothly as sewing can go. On the other hand, it could be a terror of a sewing session where my thread keeps bunching up, and I have to wrestle it back into submission more times than I want to. 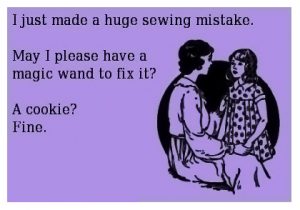 But whether or not today’s a day that I’ll sit down to sew and have those problems, I expect that those problems will happen in the future if I continue to sew. And, as much as I wish someone would’ve personally told me more about a budget and a probable no-positive-income when publishing my first book (talk about un-fun surprises!), I think it’s beneficial to step into the sewing world with open eyes as well. Odds are, you’re going to make mistakes, and those mistakes aren’t the best of reasons to throw in the fabric! Just like a new driver, a new sewer can expect to have to learn the skill.

It happens to the best of us…

Want to know something else? Even people with miles behind them in the sewing department can still make mistakes! The point is to be aware that they’re going to happen so that maybe, should you make one, you don’t feel like tossing your fabric to the side and trashing your sewing kit!

And that, readers, is the logic behind this post — to point out simple mistakes you might make, but shouldn’t beat yourself up over! They happen, and instead of letting them get you too far down, remember you’re hardly the only person to make one. Since others potentially make these same errors and keep going, use that for encouragement to continue on as well! 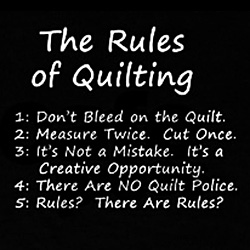 Let me count the ways

With that positive thought in place, here are some of the smaller, more embarrassing sewing mistakes you might make, but should push through:

1) Accidentally sewing your fabric to something you didn’t mean to. There are few things I’ve personally encountered in sewing that can make you feel as amateurish as figuring out you’ve sewn your project to itself in a spot you didn’t intend to (as in, your fabric was folded under itself where it shouldn’t be), or if you’re hand-sewing, that you’ve sewn your project to, say, your own clothes. But as daft as you might feel if you notice that has happened, just — as Taylor Swift might say — shake it off! Sure, you might have to redo your stitching, but it isn’t the end of the world!

2) Sewing without knowing your bobbin is out of thread. This one is particularly troublesome since you could feasibly sew for a lot of minutes on your machine without realizing the mistake. However long you invest in that flawed sewing endeavor is kind of wasted time since there’s no thread coming from the bottom to finish your stitch. So, moral of the story: Check your bobbin before you sew by machine! 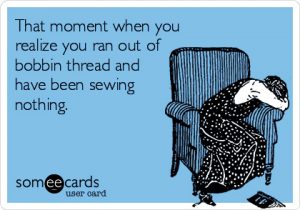 3) Threading your needle without really threading your needle. For a sewing machine project, there are a number of steps to threading your needle, and you might miss one. As humiliating as that error might be though, it’s nowhere near as ridiculous as doing this while hand sewing. I, for one, recall thinking I’d threaded my needle, and at some point, I realized that although I’d tied it off and such, the thread actually was not through the needle. Now, that is embarrassing!

4) Cutting material you didn’t intend to cut. This could be in line with the earlier idea of sewing something you didn’t mean to sew in that while you’re cutting fabric, something else could be under it. If you do have this issue, depending on how important the now-damaged material is to you, it could be a big deal! Beyond the possibility of forever ruining Great-Grandma Trudy’s sewn-by-hand quilt that has been in your family for over a century (try replacing that one!), you could also harm your current project by cutting your fabric where you don’t need to or cutting a stitch that’s necessary to your work. This is something, in particular, to keep in mind when making a rag quilt since part of the process is to shred your edges. It would be crazy-easy to shred too far and snap a stitch or two, but imagine the pain of having to re-stitch an up-turned quilt block that’s already sewn to other quilt blocks! 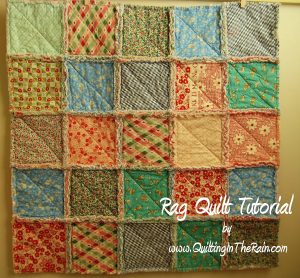 5) Thinking up strategies or tackling projects that you’re not ready for. For this one, I’ll give you an example. I didn’t know anything about using a border on a quilt/blanket project, and once I’d learned about it, I labeled it a waste of time and/or not for me. To my way of thinking — and for my past strategy — simply bending the fabric used for a backing to fold over against the front would work. And, yeah, it might… If I were a better sewer! At this point, I’m not advanced enough to comfortably pull this strategy off so that the sides are one-size at all points. So, don’t be like me! Start simple and with the recommended strategies, and work your way up from there!

Even if you manage to do all of these mistakes in one sitting, don’t give up! If you can keep that determination in mind, you might have a bright sewing future ahead of you!