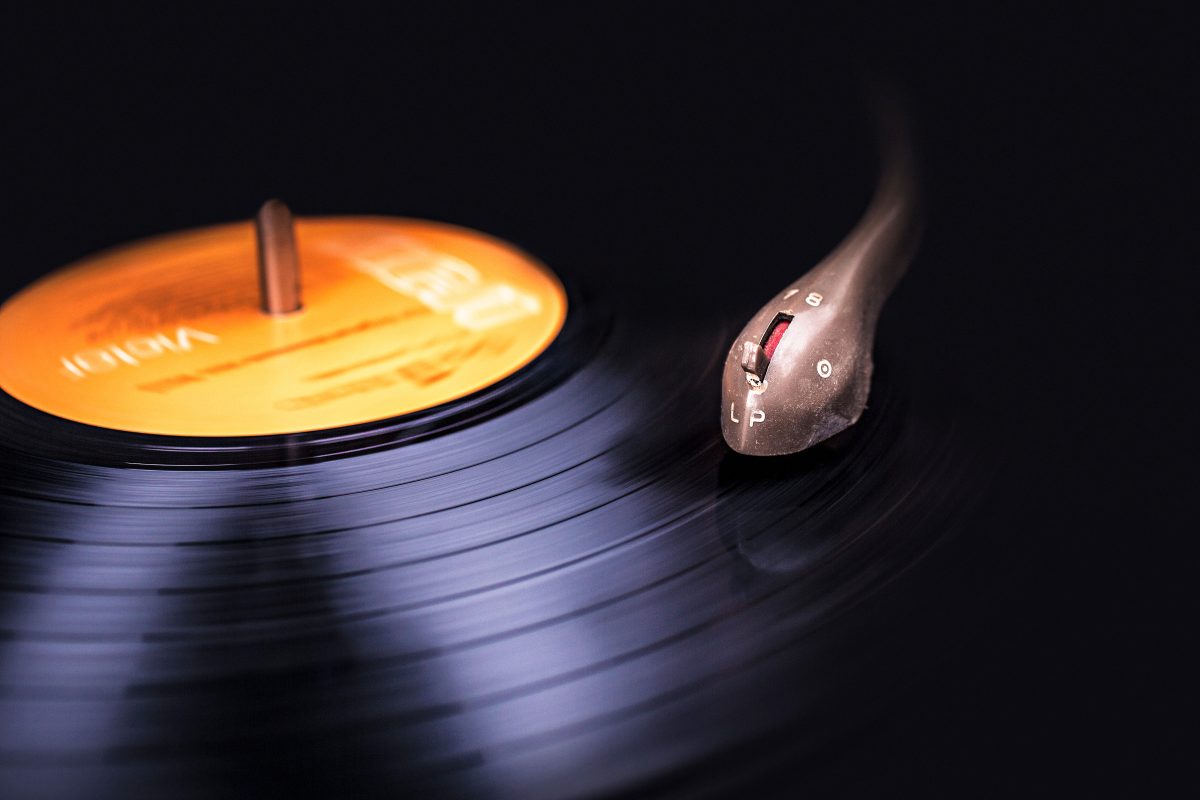 When I was a little girl, music was a group experience in my family. Clearly, that would be the case if we were members of a band or something, and we certainly had some musically inclined folks in our circle. I, more’s the pity, only ever learned to play a number of simple tunes on a recorder and very—very—minimal details of a guitar. With that lack of musical ability, I wasn’t exactly going to grab some drumsticks and make awesome music with anyone! 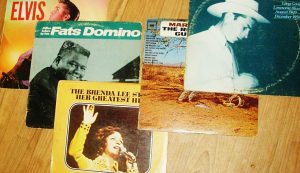 Old school—fifties and sixties, and maybe even some from the decades before those.

So the band element isn’t what I mean about music being a group experience. What I *do* mean is that my parents had this floor model record player, and it wasn’t all that odd for us to sit around said player while old school country and rock played from it. And by old school, I mean old school—fifties and sixties, and maybe even some from the decades before those. That idea of group music-listening continued as I grew older, taking shape in sitting around with my brother while he played 80s rock and such. In case anyone wants a reason as to why my music collection might seem outdated, I think I’ve given you a direction to consider to find the reason!

The point is that we’re the type of people who can sit and talk about music or play music together, and it’s not too weird of an occurrence. In fact, it’s kind of normal.

Back in the Day…

Even in my high school art class, working on projects was a group experience because the classroom was arranged in such a relaxed way. We were allowed to talk with one another while we worked, so we basically ended up chatting and working in small groups—and I might have broken out a Disney tune or so along the way.

Those are two artistic categories that I’ve treated with group experiences, and I recently had reason to consider making sewing a group experience as well. As of right now, if I’m around people when I sew, it’s potentially because we’re all watching TV or something, and I’m sewing while we watch. I might be in a group, but it’s definitely not group sewing!

Still, I happen to live in a lesser known area of my state, so the odds that there’s going to be a local sewing club are pretty low. If I want a group sewing experience, I should think about leaning toward the idea of virtually sewing in groups, which is okay because virtual sewing possibilities are evidently out there, even if we have to make them happen ourselves.

For instance, that friend I had the post conversation with? She claimed that she, like me, wanted to make a rag quilt. Well, if we both want to make rag quilts, why not make them at the same time and compare notes online along the way? It sounds like a good idea to me, and as of right now, we’ve talked about the possibility of doing exactly that next year. 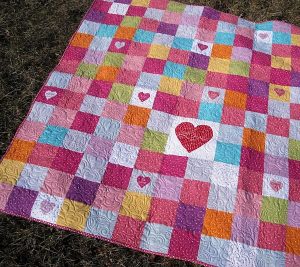 What I want to do for a pattern.

The idea is so intriguing to me!!! I even have a possible idea of what I want to do for a pattern, and it looks something like this Craftsy project, but with a more equal-block style:

Beyond my personal idea for my own quilt, I also have an idea of expanding this situation beyond just two people, or at least trying to. You see, I’ve decided that what would be even more awesome is if this could somehow become a bigger thing—like if more people decided to make a rag quilt around that time, and it became something that included dozens of people. This notion, in fact, is so intriguing that I’m putting it on my goals list for 2017. The official goal would read something like this:

Create an organized sewing project, promote it online, and hopefully engage a number of people in the endeavor.

Even if I only gained five people who would be willing to partake through Twitter promotion and such, that’s five people to discuss my rag quilt with beyond what I already have! That idea of comradery is hard to pass up, and it isn’t something I necessarily considered before that series of Facebook comments. Something that simple got my thought process going, and I want to run with it!

So, dear reader(s) that I hope are out there, keep an eye out for future posts regarding specifics about this event. I want to plan things out right in order to ideally get good results, so I’m not going to throw out a specific date without that proper planning. But unless things change and the plan shifts, the rag quilt virtual extravaganza is happening! And I’m looking forward to the possibilities!

What do you guys think? Interested in the event? Even if you aren’t, have you ever sewn in groups? Details, guys! Details!